– A ROYAL CEREMONY IN FOUR STEPS – 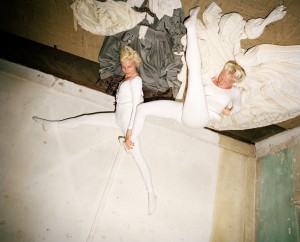 During souvereines undressed (2010) Chuck Morris lives and works for one week in the art space Corner College in Perla-Mode Zürich. As an early step of the work souvereines, Chuck Morris learns about the production of sovereignty at the European royal courts, over centuries, and in political theory. This is then applied on Chuck Morris’ double body: Between public and private, natural and political body, constantly visible through the big windows of Corner College. In that sense, souvereines undressed is a preparation to become sovereign. Every day from 9-17.00 Chuck Morris is exposed while working: reading, physical practises, writing, playing games, developing scores, having conversations, sleeping, eating, thinking, sowing, working with audio files. In the evening, Chuck Morris invites guests to talk, lecture and think together in their salon format queen time. Based in Corner College at Perla-Mode on Langstrasse in Zürich, we wondered who Chuck Morris became through the passing gazes: Who does this work and the body of work belong to? At the end of the week, a coronation act is held during which Chuck Morris is given the title Coming Queen Chuck Morris by the coronator and curator Stefan Wagner. 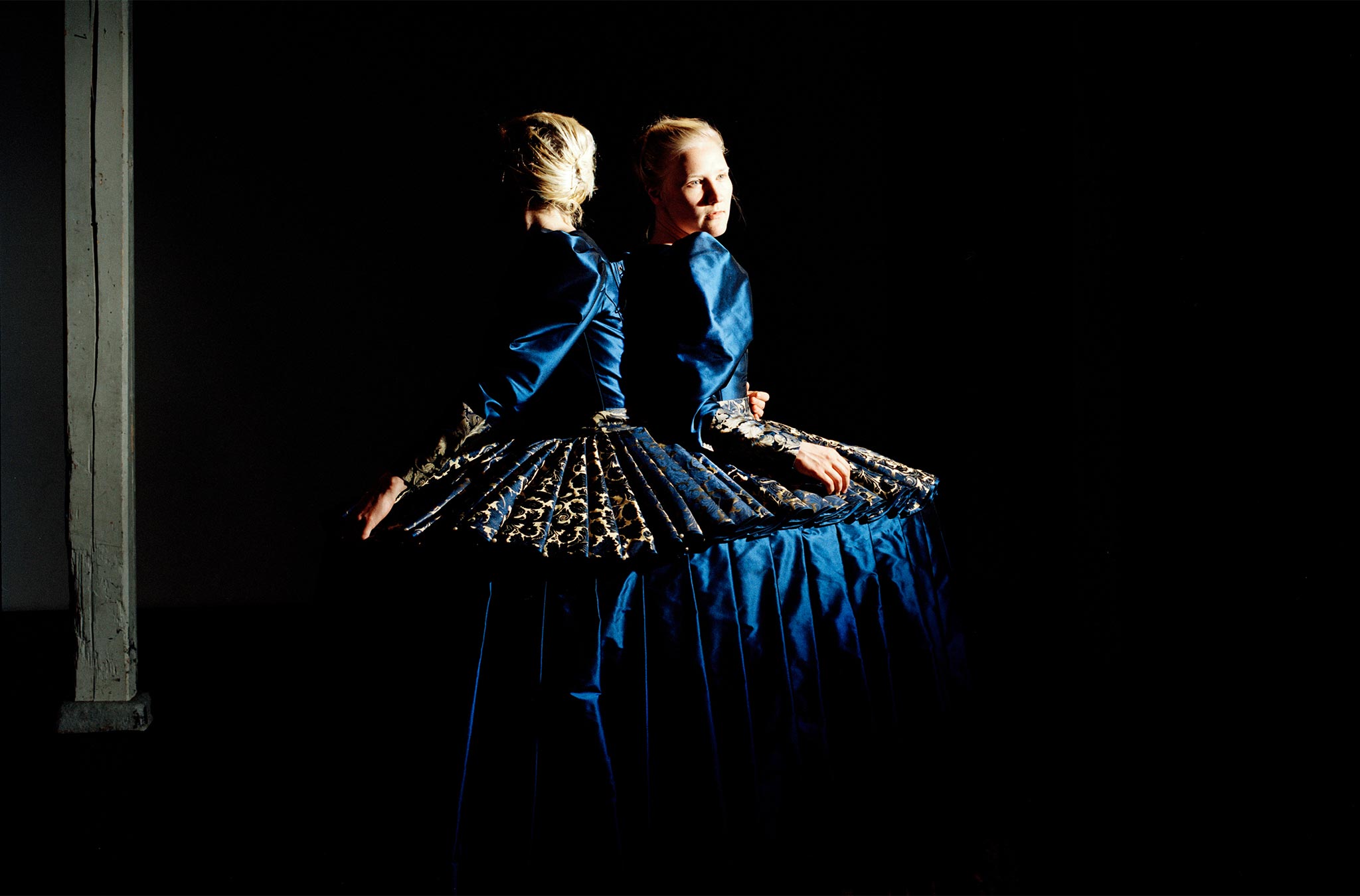 With the performance souvereines (2011) Coming Queen Chuck Morris heads off for a tour of royal-blue audiences for the masses in Germany, Switzerland, Austria and Denmark. The expectations are high, the challenges enormous. The public gathers round this bearer of light: who belongs to Chuck Morris and who does Chuck Morris belong to? The diplomat’s status as a diva becomes the point where power and powerlessness clash. Everyone is watching double headed Her Excellency as she sleeps, gazes, listens, dances, speaks and thinks. souvereines is a performance of hyper sensible acoustics, which make the unwritten protocol of the theatre space readable. The performative investigation is based on the theory of the queens double body, analysis of strategic representation in royal portrait culture and the nonchalant production of sovereignty in public space of todays politicians and pop stars. The performance is a duet between the natural, private body and the political-representative body, as the relaxed performers defile between historical and actual staging of queens, divas and diplomatrices.

As a ceremonial event before the audience souvereines, the art of portraiture is taken up in the format souvereines éternelles. Whenever the Coming Queen Chuck Morris enters a new city, a life-size portrait of Chuck Morris is made by a local royal painter. Her Majesty produces history and will be preserved for all eternity – the portrait is the Queen and the Queen is the portrait.

After exposure in public space, state visits in Austria, Switzerland, Germany and Denmark, after sixteen audiences for the masses and six portraitures of Her Highness Chuck Morris, it is time for a retreat. Under the title souvereines rétirées (2012) Chuck Morris allows herself a time out and leaves an archive with all her knowledge and representations for the public. In the private collection on a golden usb-stick, the visitor of the Exhibition The Secret Cabinet will find material from the acts souvereines undressed, souvereines and souvereines éternelles. The Secret Cabinet is curated by Cristina Navarro and allowing only one visitor in the exhibition at a time. The exhibition is first shown on a secret location in Kreuzberg and later in the Gallery Antje Øklesund in Berlin.